Some Ramblings about Gambling in Ireland 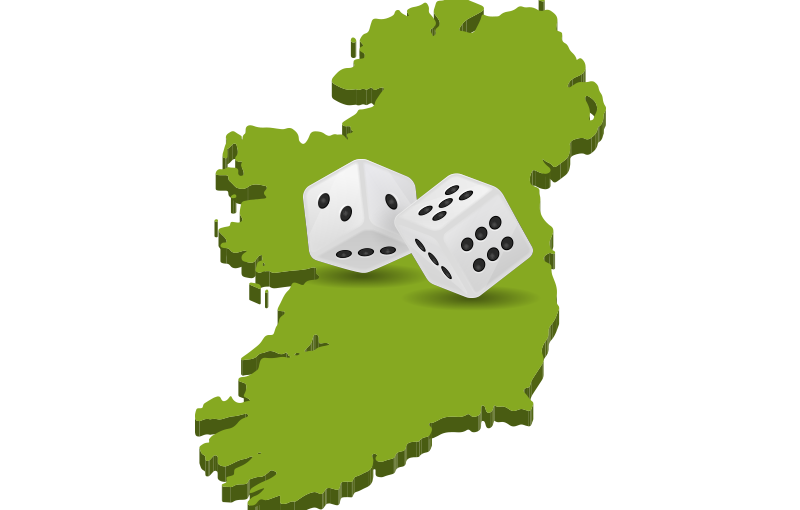 Some Ramblings about Gambling in Ireland

Throughout recorded history, people have placed wagers on all manner of unpredictable outcomes. For many, the roll of the dice and the outcome of the race are adrenaline-fuelled elements of their everyday lives. But in some cases, this perpetual thrill-seeking becomes an obsession, the characteristic buzz of anticipation as symptomatic as any other addiction (Constable, 2003, p.202).

Facts and findings suggest that gambling has been around for thousands of years and Schleifer (2009) believes that “the earliest evidence we encounter is a series of painted pebbles found in the French caves Mas d’Azil. This pre-dates recorded history and is pegged during the stone age” (p.13). Modern day gambling is a recreational activity which is commonplace in society, however, for some it is a form of escapism or a coping mechanism that can develop into a full blown addiction. This addictive behaviour is commonly known as compulsive or problem gambling and it has been defined as,

An addictive illness in which the subject is driven by an overwhelming uncontrollable impulse to gamble. The impulse progresses in intensity and urgency, consuming more and more of the individual’s time, energy and emotional and material resources. Ultimately, it invades, undermines and often destroys everything that is meaningful in his life (Custer & Milt, 1985, p.22).

In Ireland, it is estimated that gambling is a €5bn industry with online gambling accounting for a large percentage of its business. In 2016, one of Ireland’s leading bookmakers revealed that online delivered 80% of its revenue and 87% of its profits.
In the modern age of computer technology a large proportion of business is being conducted online, however, bookie offices are still very prominent in our towns and cities. In the Talbot Street area of Dublin alone, there are five Paddy Power bookmaker offices within a few hundred metres of each other, such is the demand for their services.

This advancement in technology over the last decade has made gambling more accessible, with smart phones, tablets and laptops providing 24 hour a day access to gambling websites and betting markets. Modern day gambling has extended beyond the stereotypes of gender, age and socio-economic status and has taken advantage of a multimedia society to become an omnipotent reality amongst the populace.
In a Sunday Times investigation, Ungoed-Thomas (2017) stated that “Some of Europe’s biggest gambling operators are targeting children with their favourite cartoon and storybook characters in online betting games” (p.1). A separate article in the Irish Independent in 2016, reported that “women are becoming prime targets of gambling websites, luring them into a web of potential addiction and despair” (p.10).

In Ireland, gambling is a big part of our society and is an activity enjoyed by many. The racing industry and bookie offices have long been a normalised part of our culture. Gambling has changed dramatically over the last number of years in line with advances in technology making it easier to place a bet and on a larger amount of betting markets. Fulton (2015), in her report on the impact of gambling on society in Ireland stated that,
Gambling is a socially embedded activity in Irish society and in cultures around the world. In Ireland, gambling is socially ingrained in everyday life activities. For example, gambling is strongly associated with sport, particularly with horse racing and sporting events (p.10).

The most pragmatic statistics available are taken from The UK Gambling Commission’s prevalence survey of June 2015 – June 2016. The study showed a 75% increase in problem gambling rates within this time period, and of the participants surveyed, 53% of men and 44% of women questioned, stated that they gambled in the previous 4 weeks. As a corollary to this, the figures from the UK NHS show that only 5% of problem gamblers seek help, with only 1% of this minority receiving treatment for their gambling addiction. Due to the socioeconomic similarities between Ireland and the UK, it follows that gambling, as a recreational outlet with the potential to be harmful, can be statistically comparable.
In Ireland there is a sizeable cohort of people for whom gambling is developing into a serious problem. The medium through which gambling is practised has evolved alongside advances in technology. As Barrault & Varescon (2016) assert, “There are many reasons why online gambling has gained popularity for some over conventional gambling, such as permanent availability, anonymity and speed of play” (as cited in Columb & O’Gara, 2017, p1). Modern gambling practices have accelerated to the same rate as the mind of the problem gambler, however, research and treatment have not advanced in tandem.

A 2017 report in the Economist shows that Ireland has the highest gambling losses per resident adult in the EU and the third highest globally. The figures also show that Ireland has the highest online gambling rates in the world (Appendix A). These statistics not only highlight how popular online gambling has become in Ireland but how it may be a growing problem. It is only recently that Ireland has produced any limited research in the area of gambling behaviours. In 2017, under the auspices of St John of Gods (A primary Irish addiction rehabilitation centre), Columb & O’Gara conducted a study on a sample of two hundred and eight online participants. The results showed a noticeable similarity between the behavioural profiles of gamblers in both the Irish and UK’s online market. They concluded that “The majority of participants in this research have been adversely affected from both a mental and financial perspective due to their gambling behaviours” (p.1).
From an Irish healthcare perspective, Drugnet Ireland (2014), in an article about gambling estimated that in 2012 “64% of adults played the National Lottery” and “according to the Institute of Public Health, up to 1% of the Irish population have gambling problems” (p.16). The most recent legislation for the governance of the gambling industry in Ireland dates back over 70 years and is not applicable to the modern incarnation of gambling in Irish society.

Drugnet Ireland (2014) highlight that the,
Regulation of gambling in Ireland is governed by the Betting Act 1931 and Gambling and Lotteries Act 1956. Under current legislation the maximum stake allowed in a licensed amusement hall or funfair is 6d a player and the maximum prize is ten shillings, rendering this law unenforceable (p.17).
The deficit in up-to-date regulation and legislation has resulted in little or no restrictions on the volume of advertising by gambling operators on television and social media sites. This status quo has increased accessibility and has normalised gambling within our generic society. A 2016 report in The Irish Independent stated that four major bookmakers allowed new online unverified account holders to bet and deposit money for at least 72 hours before personal details were verified. Children under 18 were joining, gambling and in some reported instances were clearing out parents’ credit cards before it was noticed by gambling firms. They also reported on high profile cases involving fraud in the workplace which included instances pertaining to prominent Irish sportspeople. This exposure contributes in highlighting the growing gambling problem in Ireland. However, the problem runs a lot deeper than the ones that make the newspapers.

Unlike other addictions which exhibit more prevalent and obvious signs, gambling addiction usually manifests itself when the person in difficulty is at rock bottom. The problem gambler may be in extreme financial difficultly, distress, have committed fraud and in numerous cases has contemplated suicide. Fulton (2015) writes that “The lengths to which a gambler may go to hide gambling and the outcomes of gambling can lead the gambler to make socially and legally flawed decisions” (p.18).

The biological, psychological and social effects of a gambling addiction can be long lasting and detrimental on the individual and their families. Due to the fact that research and regulation are continually ‘playing catch up’, there is a resultant shortfall in treatment practice to address this constantly evolving issue. Irish treatment protocol at present finds itself in the process of adopting a more holistic approach in response to the chameleonic nature of a gambling addiction.

In 2013, The American Psychiatric Association (DSM V) addressed the fact that gambling presents similar characteristics to substance addictions and has thus elevated it from an impulse control disorder to be included in the section of substance related and addictive disorders. O’Gara (2017) states that “This change has added further weight to the call for implementing a modern regulatory framework for gambling in Ireland” (p.2). It follows that when the modified 2013 Gambling Control Bill is eventually enacted, it will provide such a framework to address gambling with regard to a more holistic biopsychosocial (BPS) approach to addressing gambling addiction in Ireland.

It is envisioned that the Gambling Control Bill will address the multifaceted nature of problem gambling. This will include the establishment of a gambling regulator to monitor the gambling operator’s ethical responsibility in areas such as advertising, promotions, self-exclusion policies and staff awareness training. It is also planned that Bookmakers will be legally required to pay into a social gambling fund. This will be partly be used for research, and towards the establishment of specific treatment programmes for the benefit of the problem gambler. Funds may also be used for the development of education and gambling awareness programmes. These protective objectives are guided by moral principles of gambling regulation to ensure:

o Fairness in the conduct of gambling with regard to
o The protection of vulnerable persons, including children, from risks to their well-being arising from gambling
o The avoidance of circumstances where gambling could, inadvertently or otherwise, facilitate or enable criminal or illegal activity
o Consumer choice and protection