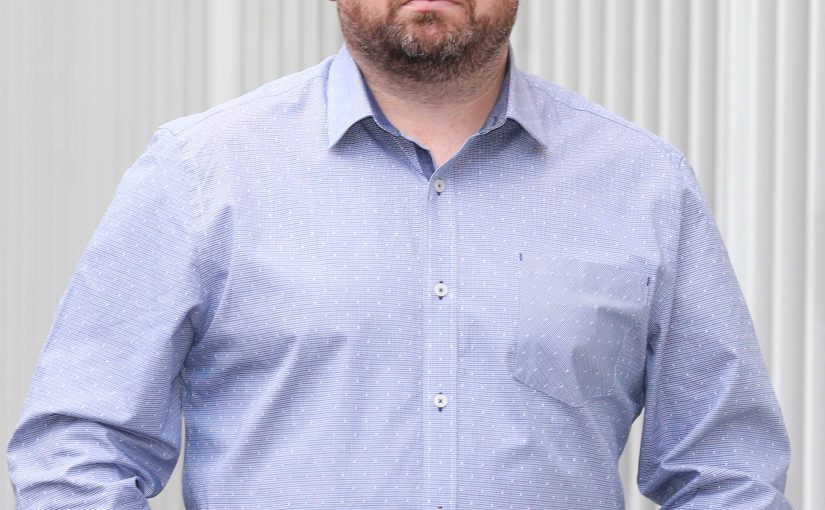 The problem with virtual sport is all too real
Thursday, April 16, 2020

Tony O’Reilly gambled over €10 million before his addiction caught up with him. As we all spend more time at home, he talks to John Foley about why we need to have honest conversations about our online betting habits

AN interesting email landed in our inbox last week.
“A Ladbrokes punter has turned €0.50 into a whopping €2,133.88,” the headline said.
“With just a handful of football matches taking place across the globe, the Cork-based customer correctly backed six odds-against shots across Belarus, Burundi and Nicaragua at a combined 4,266/1.
“Even though there is very little football going on right now, this fan’s interest in international football has netted him a tidy sum,” the statement from the betting firm gushed. “Picking out six odds-against shots to the tune of 4,266/1 is simply incredible and we take our hats off to him.”Where do we start? Well, there’s the over-excited tone, designed to suggest it’s something to celebrate and perhaps garner a few positive column inches in a newspaper. If only we were all so lucky!
As for the line about “this fan’s interest in international football…” Are we really supposed to swallow the idea that someone was poring over the form from three such diverse countries in a bid to gain an edge? It’s nothing of the sort. It’s a shot in the dark, a bet that, all things being equal, will see you lose your money well over 4,000 times before you win anything.
And as for the fact the punter stood to lose only 50 cent. Sure, what harm is in it?

Tony O’Reilly
Tony O’Reilly is a good man to answer that last question. The Carlow man came to national attention as the man who gambled over €10 million, including €1.75 million he stole from his employers An Post, while he was branch manager in Gorey, before his world crashed down around him in 2011.
After serving a prison sentence, he told his story in harrowing detail in his book, Tony 10, and he now works as a counsellor and psychotherapist.
“When I was at the height of it I was going into the bookies first thing in the morning and I could be gambling on matches in Peru, Argentina, wherever,” he says.
“Because of my court case, I have my full betting history and from my first bet to my last bet, it runs to 1106 pages. You can see the change in the types of bet I made. I wouldn’t have been a connoisseur of Argentinean football or German second division football. But that’s the stuff I started to gamble on because that was the next available thing. When you’re in that betting frenzy and trying to get a bet on, you’re not thinking rationally. I’m not going to wait until Saturday for the Premier League, I need to get it on now.”

Belarus is one of the few countries around the world where regular sport is still being played
Which brings us to today and the effects the worldwide Covid-19 restrictions are having on our lives.
There is no Premier League football on Saturday, or anything else we may be familiar with for that matter. People are spending all their time at home, levels of boredom are high and one vice which is enjoying a boon is online gambling.
Tony wrote a blog about the recent virtual Grand National, organised by bookmakers to replace the Aintree event which traditionally attracts the highest viewing figures for a racing event each year, and is also an annual bonanza for bookies as the casual punter joins the regular gambler by wagering a couple of quid.
The virtual race attracted plenty of positive spin too with the bookies donating over €2.6 million of their winnings to the NHS while €200,000 was given to Irish charities including the Irish Red Cross and the Mater Foundation.
Yes, you could argue the virtual race offered a distraction in these unusual times. It’s just a bit of fun and the maximum bet allowed was just £10. But for Tony, there is a flipside:
“You have to bet online. This introduces a lot of people to this form of betting. In my case, online betting, in-play betting and gambling with credit were the driving force behind my addiction. Online opened up a completely new gambling world to me.”

Tony O’Reilly says virtual events, such as the recent Grand National, will push vulnerable people towards a dangerous world
The current online world is saturated with virtual sports events which can easily suck in the vulnerable.
“There’s nothing else to gamble on but there’s a virtual event every two minutes. So if you have a tendency to gamble, it’s there, it’s on a countdown and suddenly you’re scrambling around to put on a bet.”
He says that in a short period of time, he went from being dismissive of virtual events to being totally immersed.
“At the start I would have seen virtual sports as ridiculous. But at the end it was so normal to me, I was doing it out of habit. As soon as it came up, I’d look at the 14/1 shot. Up you go, €100 each way over the counter and I wouldn’t even think about it.
“The bugle you hear at the start, that would prompt you to do it. That would be a sign and you’re not even thinking about the fact it’s nearly half a week’s wages for some people and it’s all just a cartoon that’s based on algorithms. The outcome of the race is based on the money that is put on it. So it very much exists for the compulsive gambler because there’s no other reason why it should exist.”
The immediate nature of online and virtual gambling means that you never have to wait for your next event. It also means you can get lost down a dark hole far quicker.
“It feeds that desperation to get a bet on, but also that desperation to fix the problem that you’re in because you think you can gamble your way out of a problem,” says Tony. “I was trying to win it back as quickly as I could.”
At a time when there may be more of a tendency to gamble on virtual events, Tony says it’s important that people are aware of their own behaviour.
“People are drawn into various unhealthy ways of coping with anxiety and boredom. That could be bingeing on Netflix, that could be games on your phone. It’s when it starts affecting other areas in your life that you need to act, when you’re not getting out for a bit of exercise, you’re not engaging with family, you’ve gone into yourself. Be aware if you are drifting into something that is becoming obsessive.
“Be aware of your limits, if you feel that you’re gambling more than you would have before. A lot of time we rationalise. We say, well I’m not spending it on other stuff. But it does creep up. When online gambling crept in for me it was something that took hold very, very quickly.”
Tony currently works with Problem Gambling Ireland, a free counselling service based in Waterford and Dublin. He says the number of people who need help is on the rise.
“The service in Waterford is really starting to grow, especially from surrounding areas like Kilkenny, Carlow and Wexford. In Dublin we had a waiting list of over 40 and that was without a full launch of the service. It shows that people are getting into trouble.”
The average age group of those using the service is 25-35 and a lot more women are also looking for help.
The real danger is that betting has become so normalised, particularly around sport. So much so that it’s hardly remarked upon any more. Tony tells a story of one evening many years ago when he used to work in Scragg’s Alley in Carlow.
“I remember one night a group of young lads from a local football club came in and they lined up their phones on the counter, watching the Champions League. They were only 18 or 19, and five or six of them were in the bar, gambling on the games. There was no conversation, it was so normal.”
He argues that there needs to be a three-pronged approach to tackling the problem. Firstly there needs to be proper regulations in place. Ireland still does not have a gambling regulator. The industry effectively regulates itself.
“I know that a lot of the political parties had it in their election manifestos,” Tony says. “I think it’s important to keep it on the table because it will have a huge impact going forward.”
Secondly, he says the industry must put policies in place to protect the vulnerable. And thirdly, people must take responsibility for their own actions and that comes through education.
“We need to recognise when it becomes a problem in ourselves and in others,” he says. “We need to open up a conversation around it.”
It may be virtual sport, but the problems are far too real.
Problem Gambling Ireland is a free counselling service based in Waterford and Dublin. They are currently conducting sessions by phone and Skype/Zoom. Contact: 089 2415401 or info@problemgambling.ie
Gamblers Anonymous gamblersanonymous.ie